WhatsApp joins the States to give security to its users

From the app, they want to gain the trust of their users through the States.

After the great controversy that was generated after the last WhatsApp notice about its privacy, the company has decided to join the States to combat the disinformation that currently exists and be able to reassure users. From now on, as they say from the company, they want to promote everything good about the app from the States to give a tone closer to the user.

The war between instant messaging applications has just begun and it is that, after that last notice from WhatsApp, many users migrated to Telegram to protect their privacy. Now, WhatsApp wants to recover those users by being more "friendly".

WhatsApp decides to appear in the Status tab 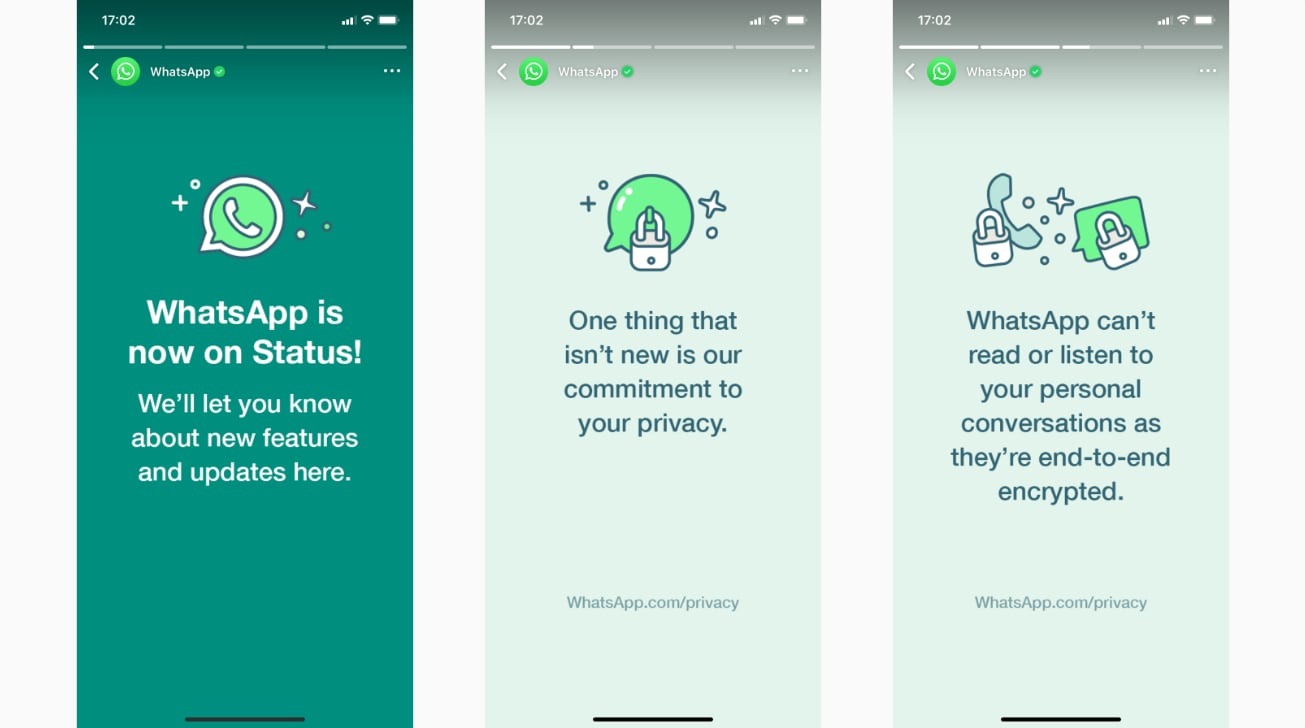 Until now, the States section was only used by users of the instant messaging app. What's more, only a few use it since it has not turned out to be as popular as the platform believed. However, many people find it useful and continue to use it every day. And this is just what they have thought from WhatsApp.

If you look in your States tab, you will surely see a message from the platform itself, which communicates that they will now appear frequently. "We will inform you by this means the new functions and updates", is the first message they left in the States.

Without a doubt, this is a fairly good and practical option to inform users of the news and put aside all the rumors that usually appear around the platform. If they do not communicate it by this means, it is false, or at least that is what they assure from the application.

This new WhatsApp change is aimed at convincing users that they offer a safe and private space. In this way, they also fight to combat misinformation related to the supposed management of data carried out by the companies that are part of the Facebook group. Emphasizing privacy, security and highlighting the fact that messages are encrypted from end to end to prevent them from being read even by WhatsApp itself.

Of course, unlike the States of the users, those of WhatsApp cannot be silenced, they do not expire after 24 hours and they cannot be blocked. Come on, you will see them yes or yes. Until you click to see it, it won't go away. 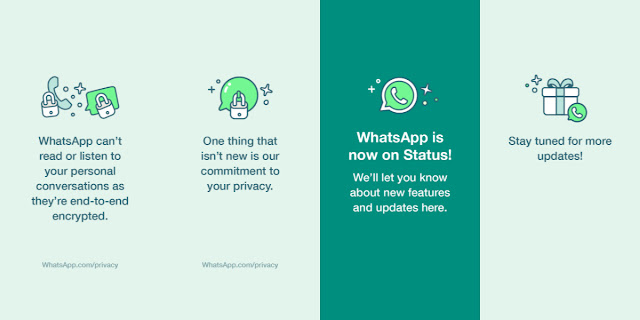 Due to the commotion caused by the privacy notice of the instant messaging application, they decided to postpone the announced changes until the month of May in order to offer better explanations to users about what will happen next.

On the WhatsApp privacy page, the conditions of the latest version were activated again, that is, those of April 24, 2018, in the case of Europe. In addition, they also decided to publish an article on their website clarifying that the deadline for the entry into force of the privacy changes was extended. From February 8, which is when these changes would be made, it goes to May 15.

Users who have already accepted the mandatory privacy notice are expected not to have to do so again. But it is not totally safe since, due to the postponement, some conditions may be changed.